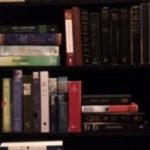 Genesis 1:26-28 Then God said, “Let Us make man in Our image, according to Our likeness; let them have dominion over the fish of the sea, over the birds of the air, and over the cattle, over all the earth and over every creeping thing that creeps on the earth.”

So God created man in His own image; in the image of God He created him; male and female He created them.

Then God blessed them, and God said to them, “Be fruitful and multiply; fill the earth and subdue it; have dominion over the fish of the sea, over the birds of the air, and every every living thing that moves on the earth.”

Genesis 5:1-11 This is the book of the genealogy of Adam, in the day that God created man. He made him in the likeness of God.

He created them male and female, and blessed them and called them Mankind in the day they were created.

And Adam lived one hundred and thirty years, and begot a son in his own likeness, after his image, and named him Seth.

After he begot Seth, the days of Adam were eight hundred years; and he had sons and daughters.

So all the days that Adam lived were nine hundred and thirty tears; and he died.

Seth lived one hundred and five years, and begot Enosh.

After he begot Enosh, Seth lived eight hundred and seven years, and he had sons and daughters.

So all the days of Seth were nine hundred and twelve years; and he died.

After he begot Cainan, Enosh lived eight hundred and fifteen years, and had sons and daughters.

So all the days of Enosh were nine hundred and five years; and he died.

Genesis 2:4-7 This is the history of the heavens and the earth when they were created, in the day that the LORD God made the earth and the heavens,

but a mist went up from the earth and watered the whole face of the ground.

And the LORD God formed man of the dust of the ground, and breathed into his nostrils the breath of life; and man became a living being.

Matthew 19:4-6 And He answered and said to them, “Have you not read that He who made them at the beginning ‘made them male and female,’

“and said, ‘For this reason a man shall leave his father and mother and be joined to his wife, and the two shall become one flesh’?

“So then, they are no longer two but one flesh. Therefore what God has joined together, let not man separate.”

Mark 10:6-9 “But from the beginning of the creation, God ‘made them male and female.’

‘For this reason a man shall leave his father and mother and be joined to his wife,

‘and the two shall become one flesh’; so then they are no longer two, but one flesh.

“Therefore what God has joined together, let no man separate.”

The first man was of the earth, made of dust; the second Man is the Lord from heaven.

Hebrews 9:23-28 Therefore it was necessary that the copies of the things in the heavens should be purified with these, but the heavenly things themselves with better sacrifices than these.

For Christ has not entered the holy places made with hands, which are copies of the true, but into heaven itself, now to appear in the presence of God for us;

not that He should offer Himself often, as the high priest enters, the Most Holy Place every year with blood of another–

He then would have had to suffer often since the foundation of the world; but now, once at the end of the ages, He has appeared to put away sin by the sacrifice of Himself.

And as it is appointed for men to die once, but after this the judgment,

so Christ was offered once to bear the sins of many. To those who eagerly wait for Him He will appear a second time, apart from sin, for salvation.

Genesis 4:25-26 And Adam knew his wife again, and she bore a son and named him Seth, “For God has appointed another seed for me instead of Abel, whom Cain killed.”

And as for Seth, to him also a son was born; and he named him Enosh. Then men began to call on the name of the LORD.